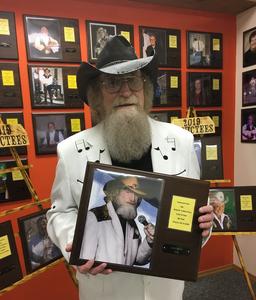 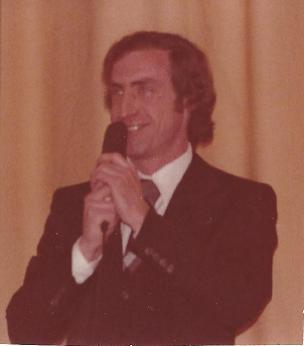 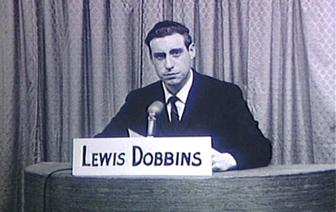 Lew Dobbins, actually Lewis Ross Dobbins, was born September 23, 1948, in Weston, West Virginia.  He is the son of the late Woodrow and Gladys Dobbins.

From a very early age, Lew’s dream was to be on the air.  In 1966, after years of self-training, he was able to do just that, and he went on to a stellar career in broadcasting, made even more remarkable because he did it all right in or near his home town.

Shortly after graduating from Jane Lew High School, he passed a federal test which was mandated at the time for remotely operating a broadcasting station’s transmitter and he won an on-air position not on radio at first, but TV.  He was a live booth announcer for television station WDTV in Weston.  That was the beginning of a career that would continue expanding into the 90’s.

Dobbins worked in radio and television throughout central and north central West Virginia.  Over the years at WDTV and WBOY-TV in Clarksburg he was a news reporter, news anchor and news director.  And at radio stations WPDX, WKKW, WBUC, WHAR, WCLG and WHAW he performed as an on-air personality, news reporter, news director, commercial writer and program director.  In addition, he was a play-by-play commentator for many sports events.  He served on the Associated Press West Virginia Broadcast Board for a number of years and was elected its Vice President and then President.  He established a statewide AP audio news service in Buckhannon and Clarksburg and has received many news and entertainment awards.  In 1989 he was nominated by Billboard Magazine as the national small market program director of the year.

While with stations that played country music he developed a reputation for being able to interview many country performers.  Remembering some of the moments with celebrities he had these things to say.

“…sharing my last cup of coffee with good friend Keith Whitley.  Keith, I miss you.”

“…the sincerity of Randy Travis thanking me for charting his first hit ‘1982’ on Billboard.”

“…Jean Shepard and her unhappiness about some pop singers becoming country artists…..  in Jean’s words, ‘Kenny Rogers wouldn’t know a country song if it hit him in the ass.”

“…riding in a car with Conway Twitty and Conway telling me he always put the woman on a pedestal.  He said women bought his music and they brought the men to see him perform.”

“…interviewing Dolly Parton on one of her first appearances after splitting with Porter Waggoner.”

“…Tom T. Hall screaming at an airplane displaying advertising during his outdoor concert.”

“…eating dinner with Kenny Price.  To this day I cannot believe all that he ate.”

“…being with Charlie Daniels when Charlie and his band were denied access to a hotel restaurant because of the way they were dressed.  Charlie had a great way with words that day.”

“…President Nixon being led by Governor Arch Moore for a live one-on-one interview with me at the WV Forest Festival.”

Although Lew has retired from broadcasting on a full-time basis, he still works part-time, having a daily show on WOTR 96.3 FM, entitled:  “Once Upon a Time in Country Music”.  Lew also loves doing emcee work.

Lew resides in Clarksburg with his wife, Cynthia, to whom he has been married for 36 years.  Together they are proud parents of their son, Jason, who works in the production department at WDTV and also has his own film company, J.D. Film Productions.

In 2008, Lew was inducted into the West Virginia Broadcasters Hall of Fame.

Little does the public know that Lew is also a talented singer/songwriter.

In 2010, two of Lew’s songs he wrote:  “Billy’s Coming Home Today” (a very moving song about a soldier returning from war overseas) and a more light hearted song, “The Ballad of Cynthia and Jesco (White)” were placed by a Paramount Music in Nashville on CDs entitled “Catch a Rising Star”.  Lew was among a few other songwriters also afforded this honor to be on such CDs sent to radio stations across the nation.

“For you that don’t know Lew Dobbins, permit me to tell of him.  I was coming off a long concert tour when I stopped into say “hello” to Lew.  He was drinking a cup of black coffee, I asked if I could have one, in which he replied, “Keith, I am sorry this is the last cup, but I will share it with you”.  Now a guy that would share his last cup of coffee with you would give you the shirt off his back.  Lew Dobbins is a national treasure that happens to live in West Virginia” - late country music star, Keith Whitley.

“You have a person that is committed as a journalist.  That was his love and that’s what drove him.  Lew Dobbins is a name everybody knows.  When Lew was on air he was the utmost professional and he was always fair, that’s missing in broadcasting today.  Thank you, Lew, for a job well done” -  WV United States Senator Joe Manchin.

“There’s this voice, when you heard it, you knew it was Lew Dobbins.  He has this great energy, great personality of interacting with people.  There was no doubt when Lew was on-air, you knew it was him.  For those that didn’t, they would say “Wow, who is that guy?”  Great voice, great personality, a Hall of Famer, that’s Lew Dobbins” - sports talk show host and voice of the West Virginia Mountaineers Football and Basketball, Tony Caridi

“Thank you, Lew.  If it hadn’t have been for real country music DJ’s like you, my family and I wouldn’t have enjoyed a successful career. Country music owes so much to your generation of DJ’s.  You are one of the last greats.  I want you to know that you are appreciated by me and many others.” - country music legend and star of “Hee Haw” Roni Stoneman. 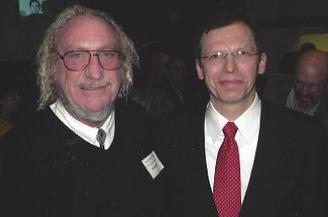 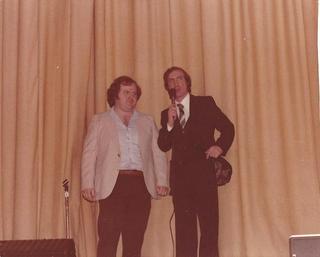 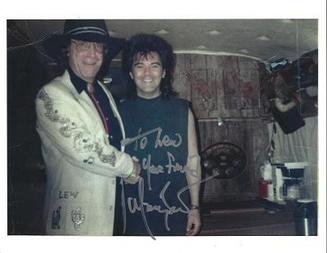 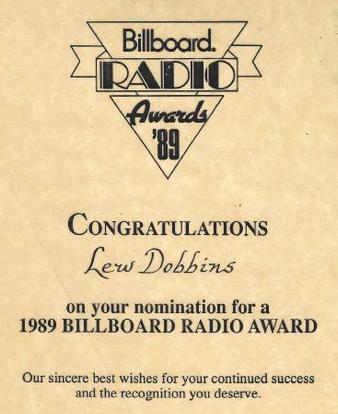 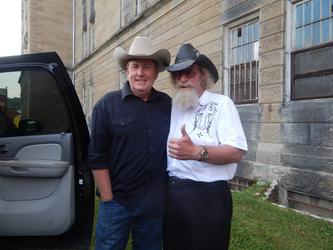 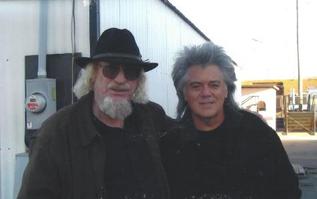 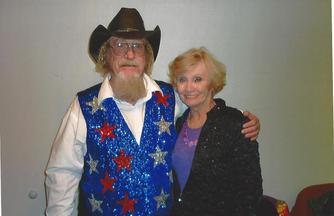